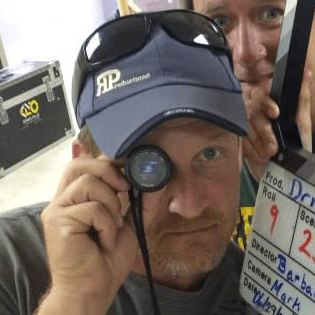 Mark started at a local news station as a photojournalist after college, and worked as an NPPA (National Press Photographers Association) trained photojournalist garnering awards (Associated Press, Georgia Association of Broadcasters) both behind and in front of the camera. He has worked in several countries and freelanced for the likes of MTV and CNN. Mark was recruited to head up the television production department for Morris Communications, producing everything from instructional DVD’s, magazine format TV shows, commercials, webcasts, and more. He helped Morris Communications earn 4 Telly awards in his time with them. Since Leaving Morris, Mark started out on his own working with Western Clinician Ryan Gingerich and producing his TV show, which currently airs nationally on RFDTV. Mark still has a host of clients he works with both inside and outside of the Equine field, and he continues to win awards for his work. He is a professional with extensive experience in many aspects of video production capable of taking an idea from concept to final product.